Intellectual property protection is known to stimulate and protect all the virtual aspects of human behaviour; the protection further provides a set groundwork for better ideas and lays down the groundwork for profitable endeavours as well.

Blockchain, on the other hand, is a cutting-edge technology that is completely unrelated to economies and Intellectual property but if properly framed and incorporated in the general working could generate enormous results.

By its nature, blockchain works as a distributed ledger and can record information when linked with intellectual property and save users from infringement as the data can only be accessed by the owner or the government.

Blockchain is a decentralised digital document or transaction ledger that makes centralised computer system redundant. The blockchain is a digitally secure peer to peer ledger with storage which can be transferred and is considered the protagonist in the modern techno world.

Today blockchain technology is not just limited to the bitcoin industry it has surpassed its use and is being used as the underlying technology in various industries such as finance, sports and even in the legal industry.

Blockchain can act as a digitally secure, recording and storage system and hence would be a secure method for the Intellectual property applicants to disclose their inventions and trademarks.

“The Interest of Value”

Blockchain is thought to increase the speed and efficiency of the projects being carried out by the companies but that is only the tip of the iceberg,

The blockchain uses run deeper than that and have the power to disrupt the entire tracking and monitoring services that have been going on but through an outdated technology.

Ever wondered how no other company pops up with a name similar to Microsoft, Apple and IBM well it’s simple they have large IP management teams that keep track on the applications received by the Intellectual property office.

The blockchain technology has the power to simplify the entire process and provide them with regular updates on their application status and new similar filing with the respective IPO.

Blockchain has the power to solve the wicked problems that a corporation or business can face anytime during its operation. The future of blockchain is no more limited to the financial sector of our economy.

Many companies are joining hands to bring in the best user experience to in digital transformation that should extend beyond the walls of an individual organisation.

This ledger system has a technology that creates time-stamped and secure information and hence it can easily find applications in trademark and patent enforcement.

The blockchain technology has found its place in various IP sensitive industry wherein the intellectual property of these companies acts as their currency in the current economy.

More and more Indian companies are willing to explore alternatives with the blockchain technology to ensure that the financial records and contracts are properly documented and to avoid a similar fate as that of the botched takeover deal of IL &FS.

Many companies that have huge cash transactions and to keep records of all these is difficult but blockchain can be a good source for keeping record and managing the information.

NASDAQ has been using blockchain-based technology to keep records of privately held companies for Wall Street. In India, despite the unclear foreground several companies such as Hindustan Uniliver and Reliance industry are adopting the technology and giving it the trial run to manage their documents and financial and Intellectual Property records secure.

Sporting Spirit is up!

The sports industry is using blockchain technology to reinvent the ways the fans are interacting with the sports they are interested in. The blockchain is helping the performers to come up with ways to ensure that the analytics and statistics help them form best team pairing, strategies and in a certain scenario even coming up with ways to enhance the fan interaction with their favourite team player.

Various start-ups have come up with the idea of incorporating blockchain for the sports industry in the ticket registration system or through investing in the players that are involved in the premier league.

Indian government might be on the path to accepting the blockchain technology but the path to incorporating or using cryptocurrency has been shut down by RBI through its notice in 2018 and although the ban was deemed to be a temporary one, the Recent RBI move to include regulations to control the use of cryptocurrency is another indication that cryptocurrency won’t be accepted easily.

There is too much information out there; there is no other way than to actually bear the brunt of the overload information It may seem stretched out right now but if the blockchain technology face no more regulatory issues from govt it can prove to be a successful intermediary in the for intellectual property registration.

Nevertheless, the road paved is not smooth and the RBI stance on the cryptocurrency explains the current govt stand on the blockchain technology. The govt needs to understand that; the best features of blockchain technology are that it creates a significant advantage for the IP applicant as there is 2 step verification through a unique key and the information access is with the only applicant. 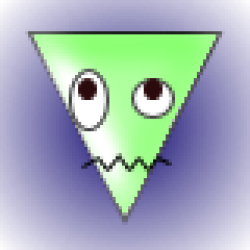 Sheena Gupta
Sheena Gupta is a Law Post Graduate specialising in Corporate Law. She has been a Lawyer, Assistant Professor, and an Academic Writer. She has a flair for writing on contemporary legal topics. Presently, she is associated with quickcompany.in as a Legal writer where she writes about Trademark Registration, Company Registration, etc.